Folk/Americana Singer/Songwriter Jiggley Jones from Coatesville, PA to perform an acoustic set featuring music from his new album “Not your Typical Day Out”

The tenth annual LAUNCH Music Conference & Festival will be held April 12 to the 15th in Harrisburg, PA. Jones will be performing at the Lancaster County Convention Center Lobby at 7:30 PM on April 14th.

The Festival has showcased over 1000 artists from all over the country in the past 8 years, representing a variety of musical styles – from rock to folk, from pop to punk, from country to funk all performing in a three block radius for fans during one electric weekend. Over 220 unique performances took place in 2016! Come and discover artists who might be the next-big thing before they are household names! 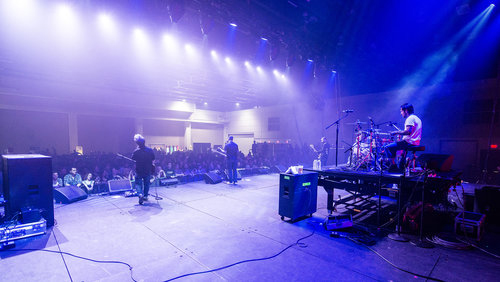 Jiggley Jones has charted on the Roots music report, New Music Weekly Internet Country Charts, and many others with previous records, Not Your Typical Day Out, his new album, is destined to repeat that success and much more.  Already garnering more than 70,000 streams on Spotify, his new record is rapidly gaining major radio and music media interest day by day.

His new CD exemplifies the completely unique songwriting and vocal style that has been Jones’ consonant   trademark over many years.  As a diverse musician, it can at times be difficult to define a specific genre.  From alternative country, Americana, folk, adult contemporary, to rock, his differing musical techniques delight listeners at every juncture of the musical experience. 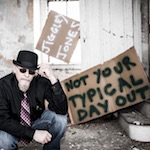 Jiggley Jones epitomizes the spirit and talent of a true artist.  Writing, singing, and performing award-winning songs, he is here to stay.  He has already grown to be one of the most popular artists on the East Coast and beyond.  It’s only a matter of a short time until he reaches that pivotal point in his career that puts him at the very top – where he belongs.

You can check out this amazing singer/songwriter at his official website www.jiggleyjones.com

His new album “Not Your Typical Day Out” can be purchased on iTunes. https://itunes.apple.com/us/album/not-your-typical-day-out/1294051096